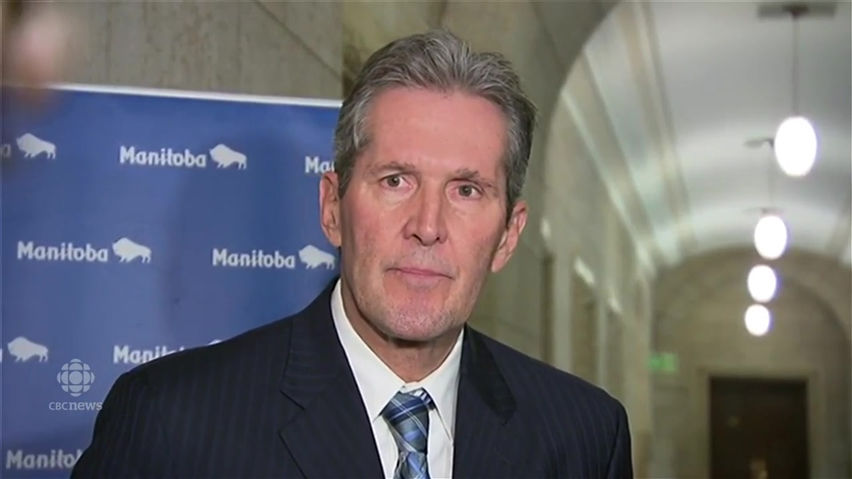 Every member of the Manitoba Hydro board, except for Progressive Conservative MLA Cliff Graydon, resigned on Wednesday.

Chair Sandy Riley said the board and the provincial government could not agree on several issues.

"For over a year we have attempted to meet with the premier to resolve a number of critical issues related to the finances and governance of Manitoba Hydro, including matters related to Hydro's efforts to further develop its relationship with Indigenous peoples," he said in a written statement.

But Premier Brian Pallister said he believes the board resigned because the province won't agree to a $70-million payment he says the board wanted to make to the Manitoba Metis Federation to smooth the process on the Minnesota-Manitoba transmission line.

It has implications for much more than Manitoba Hydro when you start making payments to certain groups to not participate, and processes and things like that," he said, calling it "persuasion money.

The board was told the government was going to remove Riley as chair, he said.

Despite repeated attempts, we have not been able to have a meaningful dialogue with the government and we have reached an impasse."

Accordingly we have determined that it is necessary to resign.

Manitoba MLA Cliff Graydon, the government's representative on the Manitoba Hydro board, speaks with Premier Brian Pallister in the Manitoba Legislature on Tuesday before the start of question period. (Sean Kavanagh/CBC)

All of the people who resigned were appointed to the board by the provincial government in May 2016, shortly after the Progressive Conservatives under Premier Brian Pallister swept the NDP from power in April 2016.

CBC has reached out to several former members of the Manitoba Hydro board for comment.

Manitoba Hydro has been criticized by the provincial government for increasing debts due to the building of the Bipole III transmission line and the Keeyask power dam, both of which have cost overruns in the billions of dollars.

Riley repeatedly said in the past that the utility was ordered by previous governments to expand its electrical generation capacity and agreed those decisions have placed the company at severe financial risk.

The Public Utilities Board is currently considering an application by Manitoba Hydro for a residential power rate increase of 7.9 per cent, and Hydro management has indicated it plans to ask for annual increases of 7.9 per cent until 2023-24.

Pallister says he's met with board

Pallister called the assertion that the government has not met with the board unfair. "We've been in regular communication with the board," he said, "collectively and individually on an ongoing basis, so that's not a fair assertion.

It's been a fair number of months ago since I met individually with Sandy and certainly heard lots from Sandy, communicated lots with Sandy, and I thank the board for their service.

The Manitoba Metis Federation is expected to make a statement later Wednesday.

Pallister confirmed they were about to replace Riley as board chair.

"We had offered him another board because we were making changes," he said, declining to say which board.

When asked if the province has a communication problem with its stakeholders, Mayor Brian Bowman said he wouldn't comment on Pallister's schedule.

You know, I do meet regularly and speak regularly with the minister of municipal relations," said Bowman, adding he has a good relationship with Minister Jeff Wharton. "I have met with the premier. I would welcome more opportunities to meet with him directly.

Bowman said he's not worried at the moment about the potential impact on Winnipeg's economy.

The GDP for Winnipeg continues to grow and there is positive momentum in the economy, and so I'm hopeful that [Hydro staff will] continue to do good work for this province.

The mass resignation of the board is a "black eye" for the Pallister government, said University of Manitoba political science professor Paul Thomas.

"This is unprecedented in my memory and my memory goes back a long way," he said. "I've never seen a mass resignation of a board of a Crown corporation.

[It] says something about [the government's] political management effectiveness and the communication that failed to take place, because this should have been stopped much earlier than reaching this point of no return.

A spokesperson for Manitoba Hydro said it's business as usual at the Crown corporation.

Today's announcement has no impact on daily operations at Manitoba Hydro," the spokesperson said Wednesday. "Our ongoing work of keeping the lights on and natural gas flowing to all of our customers is unaffected by today's announcement.

This goes beyond bad judgment on the part of the premier. It is gross incompetence," Lamont said. "The single most important issue in Manitoba is fixing Hydro's finances because if we don't, it will take us all down.

"If you're on a board, you need to be able to make decisions and it's clear that that was not the case," he said. Fletcher has started a "citizen's inquiry" into Manitoba Hydro and how it's run. NDP Leader Wab Kinew blamed the board's resignation on Pallister's "failure to listen." Hydro is the most important asset that we own collectively together, and the premier can't be bothered to pick up the phone, send a text, and find half an hour in his schedule to meet with the board. 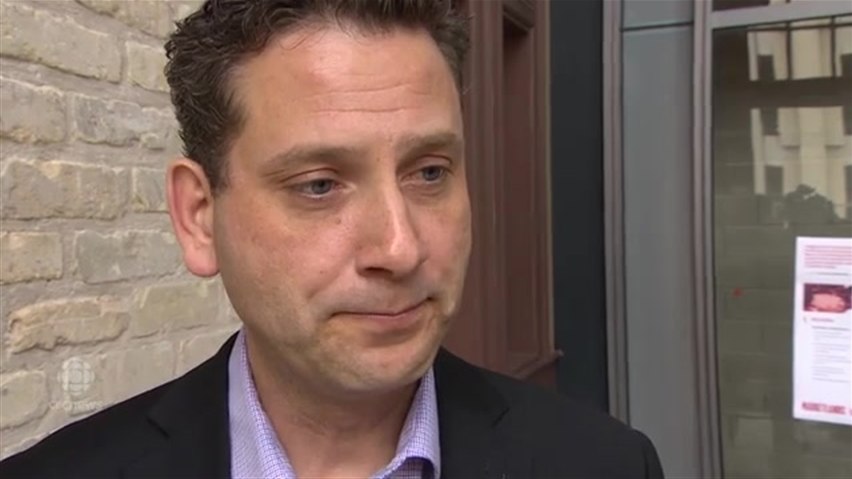 The president of the Winnipeg Chamber of Commerce said the energy sector is a key component of Manitoba's economy.

"We now have a great deal of uncertainty," said Loren Remillard.

We know that the bond rating agencies will be looking at this action with some concern as to what this means for the long-term stability of Manitoba Hydro, ratepayers and so forth.

A new board is likely to be installed quickly, he said.

"We've got to find that balance between having government not be overly involved in the operations of a Crown [corporation] and one that may be a little too hands-off in terms of the relationship," he said.

It's unknown what the impact will be on First Nations currently working with or in talks with Manitoba Hydro, said lawyer Corey Shefman, whose firm Olthuis Kleer Townshend LLP represents several First Nations groups.

"[It] affects the relationship between Hydro as a Crown corporation, as a public corporation, and the First Nation governments, many of whom are trying to negotiate accommodation agreements … for the impact on their territory caused by Hydro," he said.

The mass resignation of the board is concerning. It might be a good thing, it might be a really, really bad thing. And because of the serious and direct impact that Hydro has on the lives of First Nations in Manitoba, we're watching this very closely.

With files from Sean Kavanagh, Bartley Kives and Karen Pauls